Wonder if it was written by this guy? This is Morgan Stanley’s analyst report on Lehman Brothers (LEH) on June 30th, 2008.  Two months later LEH filed for the largest corporate bankruptcy in history and stockholders were wiped out. 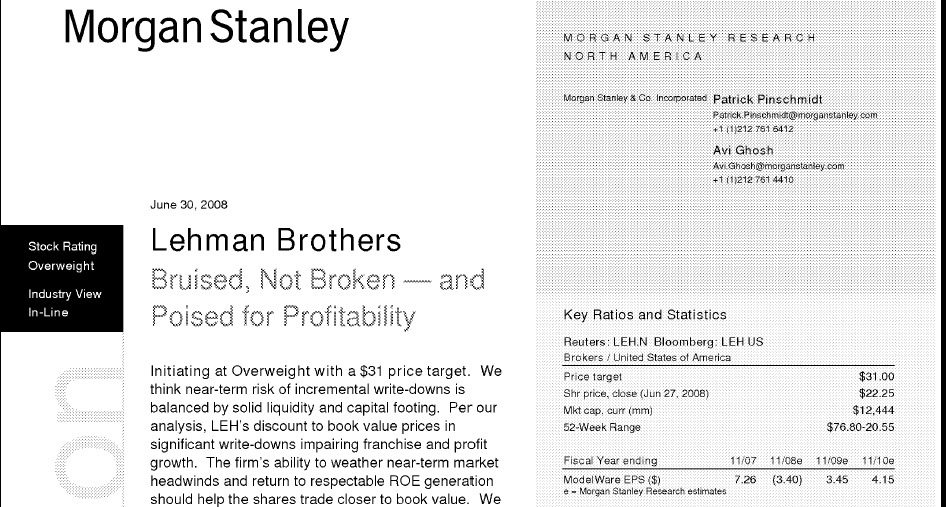 Now, I don’t mean to just pick on Morgan Stanley here.  I imagine with a little research we’d find that 6/10 Wall Street firms had a Buy rating on LEH.  The moral of this story is that these are your “experts” hard at work.  So the next time your buddy or broker tells you he has a certain company all figured out, as yourself if he has as much information at his disposal as Morgan Stanley, who can still get it dead wrong.